Reverse proxy is a quite common function. Below is an introduction to how to configure the function in Edge Admin.

First, click to enter the Rewrite rules page, and add the rule reverse proxying the gateway to the upstream. 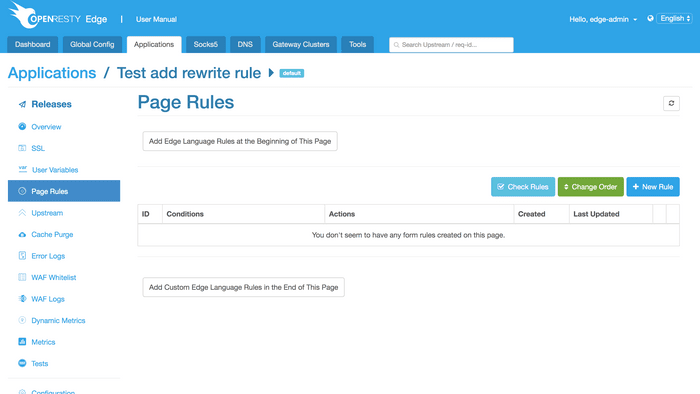 Check the upstream first. If no upstream has been added, the user can choose to create an upstream Each upstream needs a name, and the protocol it uses: HTTP or HTTPS,

But the main part of an upstream is the upstream address, which can be:

An upstream can contain more than one backend nodes, with different weights assigned to different nodes. (The number of back-to-origin requests will be distributed according to the weight) Weights can also be assigned to different upstreams, with the number of back-to-origin requests distributed according to the weight.

Along with the weights assigned within each upstream, the result is: As for conditions, different back-to-origin configurations may be chosen depending on the request information

The above API configuration relating to the v2 version, for instance, can follow: